While everyone agrees that the “Suzette” was created in France in the late 1800s, the exact origin is unclear. Was it named after Princess Suzanne (daughter of Edward, Prince of Wales, son of Queen Victoria) by accident? Or was it a creation to draw a crowd, inspired by french stage actress Suzette (Suzanne Reichenberg) whose character served crêpes on stage.

Either way, it is a special sweet treat and can be made in under half an hour, and is often served at Buckingham Palace, so there is that. 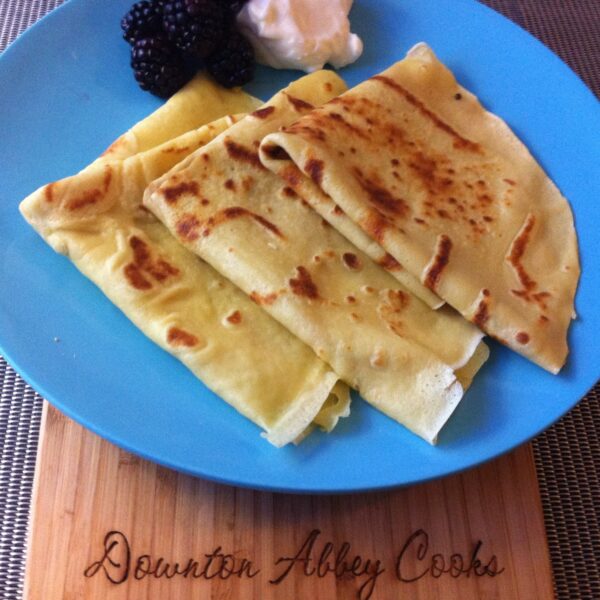