Simnel cakes originated in the medieval era. It is a light fruitcake, covered in marzipan, then toasted. Eating of the cake signifies the end of Lent so it is rich with the butter, eggs and milk which were restricted during Lent. Marizipan or almond paste is baked into the middle and topped with eleven marzipan balls representing the true disciples of Jesus (omitting Judas). In some variations Christ is also represented by the placement of a ball in the centre.

The cake is also served as Mothering Cake. While Mother’s Day is celebrated in early May in North America, families across the British Isles celebrate on the 4th Sunday of Lent. Mothering Sunday was commemorated in England in the 1600s, a day for all — including servants — to spend a day with their mothers. 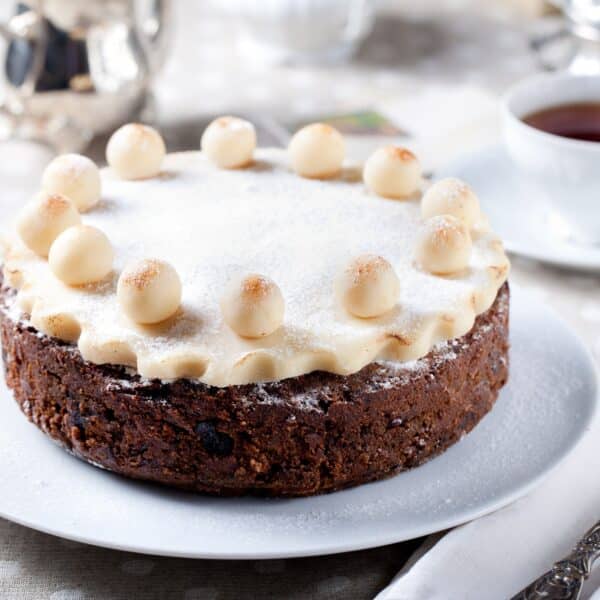