I turned 50 yesterday. I have no idea how time managed to pass so swiftly. I have distinct memories of my 10th birthday, sweet 16, 20th, 30th and 40th celebrations, so my memory is still intact. I even remember my father’s 50th birthday: I was working in his law office when a local radio personality showed up in clown face to deliver a signing birthday greeting…OK so singing telegrams might date me a bit.

I am more fit and healthier than I have ever been in my life, don’t look anywhere close to 50, and act half my age. “Sarkiness” and living well may very well be the key to longevity. And naps, which I am ready for right now.

But not before thanking my wonderful sister in law Lady Janel (a professional caterer), and her son Curtis (very talented foodie), for an amazing job preparing the food for the open house we held to celebrate my big day with close friends.

Thanks to my loving husband, I married into a great family. I love to make desserts (I went nutty over pink and black chocolate goodies), and Janel and Curtis are amazing with party food and main course dishes.

Time does march on. We look so forward to upcoming events: our birthdays, holidays, summer vacations, graduating, getting married, having children, retiring. As they say, these things take time and it marches on whether we like it or not. We are defined by what we do with it, and how we learn from it.

Next month marks the 100th anniversary of the sinking of the Titanic. On Downton Abbey, our story line is tied to the first class passengers, the artistocracy who the Crawleys knew and the relatives who perished.

Lest we forget those who lost their lives in this tragedy, you will likely see a number of tributes this month. I recently mentioned a great documentary produced in Canada (which can be streamed online) called Waking the Titanic, which followed a group of 14 third class passengers from North Mayo, Lahardane, a small village in Ireland. Steerage class passage took 2 years to save in hopes of creating a better live for themselves. Families of the survivors talk of how the experience shaped lives. Costa Concordia survivors should take note that Titanic survivors were only paid $25 in compensation.

Titanic Drama will be Downton-on-Sea

Speaking of the passing of time, Downton Abbey S2 grads are still yeaning for new content while Season 3 is being shot. There is some hope beyond re-runs.  Julian Fellowes’ four-part mini-series looks at the intertwined fates of the different classes on board the doomed ocean liner feels just like Downton Abbey. Even better news, the show will not only be aired on ITV1 in the UK, but on ABC in the United States and other affiliates around the world.
While the writers resist the urge to cross over with Downton (i.e. do you know Patrick Crawley?), the script is rich with intertwining of characters that we are familar with from Downtown. Fond of drama, each episode focuses on a different set of characters: the ship sinks at the end of each episode, leaving us to wonder who survives…all is revealed in the final installment.

The latest released trailer for the Titanic mini-series coming in April
[youtube http://www.youtube.com/watch?v=cjXgM1Eb0tg]

If you have been following this blog you will know that I have been working my way through the 1st, 2nd and 3rd class menus. I have now heard of a few people who are planning to host their own event. If you haven’t already checked, I would love to hear how your plans are going.

If you haven’t given much thought about food and entertaining, perhaps you will be moved by this quote that opens the great book Last Dinner On the Titanic, written by Canadians Rick Archbold & Dana McCauley.

The pleasures of the table are common to all ages and ranks, to all countries and time: they not only harmonize with all the other pleasures, but remain to console us for their loss. Athelme de Brillat-Savarin

As a foodie I picked up this book primarily for the recipes and party hosting tips, but I am now spending more time reading the wonderful stories about the people, and life on board in all classes of service.

Still fresh from my own party, I picked plum pudding to showcase today, which has been served in Britain on special occasions for hundreds of years. Lord D will take it any time he can get it.  A flaming version took center stage at Christmas dinner at Downton and would have been viewed as an extravagant dessert on Titanic.  It appears on the 2nd and steerage class passenger menus. 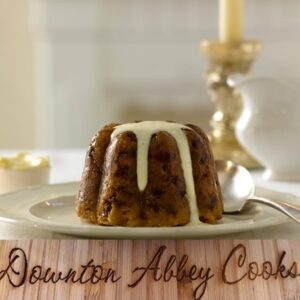 *Suet is the hard fat which comes from around the kidneys of cows and sheep. If you want to be true to the recipe, find a butcher which would be the most reliable source for suet as you might end up with suet used in bird feeders. Suet has a high melting point, so it serves as a place-holder in puddings and crusts when the dough has begun to set, and long after other fats would have melted. As a result, the structure of the pudding is already defined by the time the suet melts, leaving thousands of tiny air holes that give the pudding a light and smooth texture. If you do wish to use a substitute, go with solid vegetable shortening, but it won’t be the same.

As Mrs. Patmore says, "a poor workman blames his tools". If you want to invest the time in learning to cook you should fortify yourself with proper cooking tools. I do love the hunt in my local cooking stores, but you can order items directly through Amazon, so you have more time to watch Downton.

Keyword Downton Christmas, Stir Up Sunday
Tried this recipe?Let us know how it was! 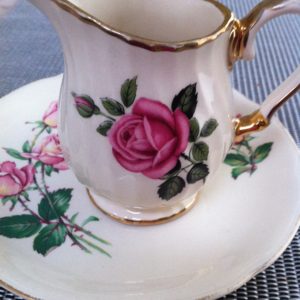