The royal family has enjoyed this boozy French yeast cake since the 1600s.

Baba Au Rhum/Baba Au Savarin – A Savarin is a yeast dough baked in a ring mold and soaked in rum syrup, the center hole brimming with pastry cream, creme chantilly, or fresh fruit.  The dessert is a close relative of the Eastern European baba, which includes dried fruit in the dough and is served without a filling.

1600s – It is believed to be a version of a kugelhopf, which was invented in Lemberg in the 1600s.  The baba was brought to Paris, France by King Stanislas Leszczynska, the deposed king of Poland and the father-in-law of King Louis XV (17101774) of France when he was exiled to Lorraine.

According to legend, he found the customary kouglhopf too dry for his liking and dipped the bread in rum.  He was so delighted that he named the cake after one of the heroes of his favorite book, Ali Baba from A Thousand and One Nights.  Later, his chef refined the sweet bread by using brioche dough and adding raisins to the recipe.  The dish was then simply called baba. 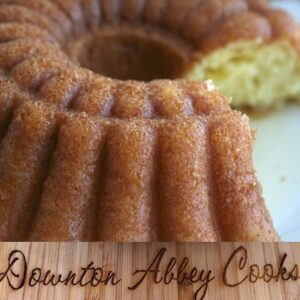