Brits really know how to throw a party.  Londoners are currently enjoying a rare two day Bank Holiday, allowing commoners more time to engage in official and their own Diamond Jubilee celebrations, celebrating Queen Elizabeth II’s  60 years on the throne.  In response to a young lass whose tweet wondered why it was a big deal, my response to her in terms she could relate: think Girl Power.  This is only the second Diamond Jubilee ever celebrated, the first by Queen Victoria, and both were women. 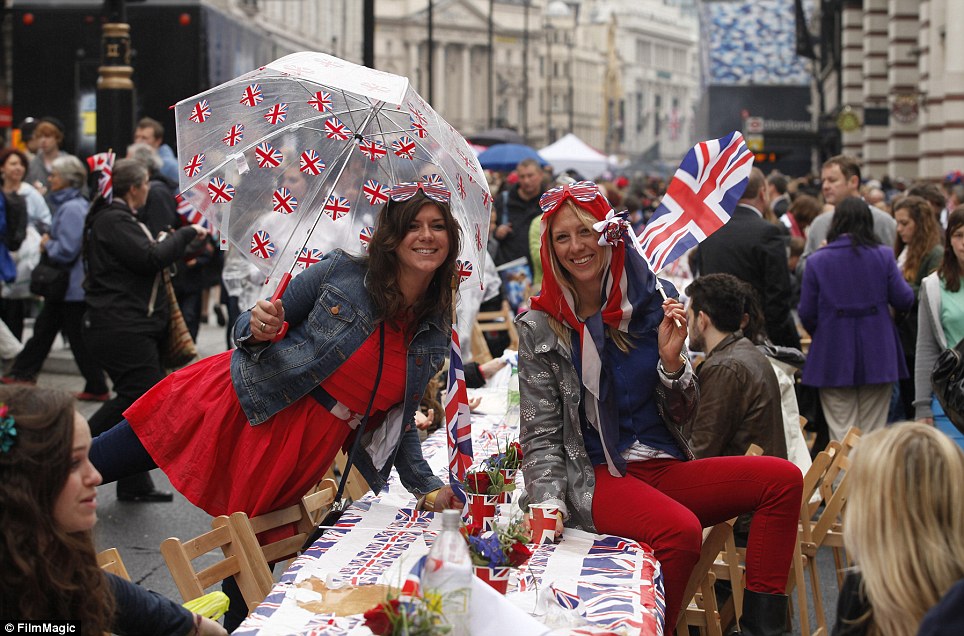 Rain did not dampen spirits

Celebrations, mostly in the form of street parties, have been ongoing all weekend.  The weather was a bit bleak yesterday but did not deter the crowds.  A  500 table Piccadilly Jubilee Big Lunch was held yesterday along Piccadilly Street, which was attended by Prince Charles and Camilla.  I can imagine pubs did good business, as revellers took shelter from the cold rain to watch the Flotilla on the Tele.  It was reported that over a million people brave the weather to line the banks of the Thames to watch 1000 boats parade by. It’s Britain, it rains, what are you going to do?

Tonight is the Jubliee Concert which will see music royalty perform for the Queen, with acts spanning six decades, so there will be a little bit of something for everyone.  The concert ends with the Queen’s lighting of the national Beacon which will signal the lighting of 1000s of beacons across the Commonwealth and in other parts of the world.

Beacon lighting is a tradition which spans hundreds of years. It has been used to celebrate Royal Weddings, Jubilees and Coronations when beacons have been lit on village greens, castle battlements, church towers, farms, beaches, front gardens, car parks and mountain tops.  A beacon chain, once used as a tool for communication, particularly during war, has now become a symbol of unity across towns, borders, countries and continents.  In 1897 beacons were lit nationally to celebrate Queen Victoria’s Diamond Jubilee, and in 1977 and 2002 beacons were lit to celebrate The Queen’s Silver and Golden Jubilees. 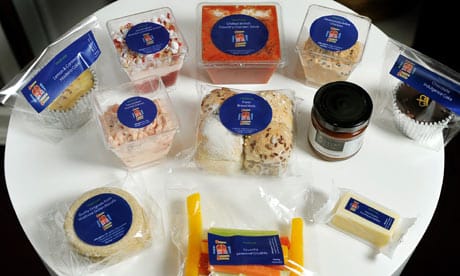 Before we get to tonight’s celebrations, 10,000 lucky lottery winners will be enjoying a royal picnic at Buckingham Palace.  The picnic is a tradition long enjoyed by the British, popularized during Queen Victoria’s reign, and carried through today.  My virtual friend Evangeline at Edwardian Promenade recently provided a wonderful extract from Everywoman’s Encyclopaedia on Picnics and Picnicking which gives you a flavour for how things were to be done.

As for today’s picnic, a  fleet of trucks from Waitrose, a national grocer, have been making deliveries all morning.  The picnic hamper includes traditional picnic favorites, with a modern twist, created by Heston Blumenthal, trendy UK Chef de Jour.  For the foodies in the crowd I will include the “formal description” of the menu.

If you didn’t get a Golden Ticket to enjoy a picnic in the Palace Gardens, you can always create your Jubilee picnic, including a couple of interesting English dishes. 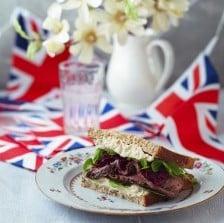 Keyword Queen's Jubilee, sandwich
Tried this recipe?Let us know how it was! 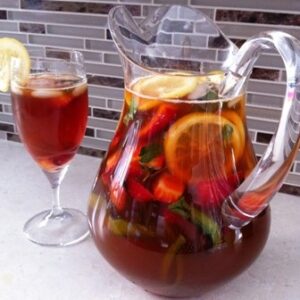 You can partially assemble a few hours in advance. Add all ingredients in a large jug, except for the ice, and chill.
Tried this recipe?Let us know how it was!