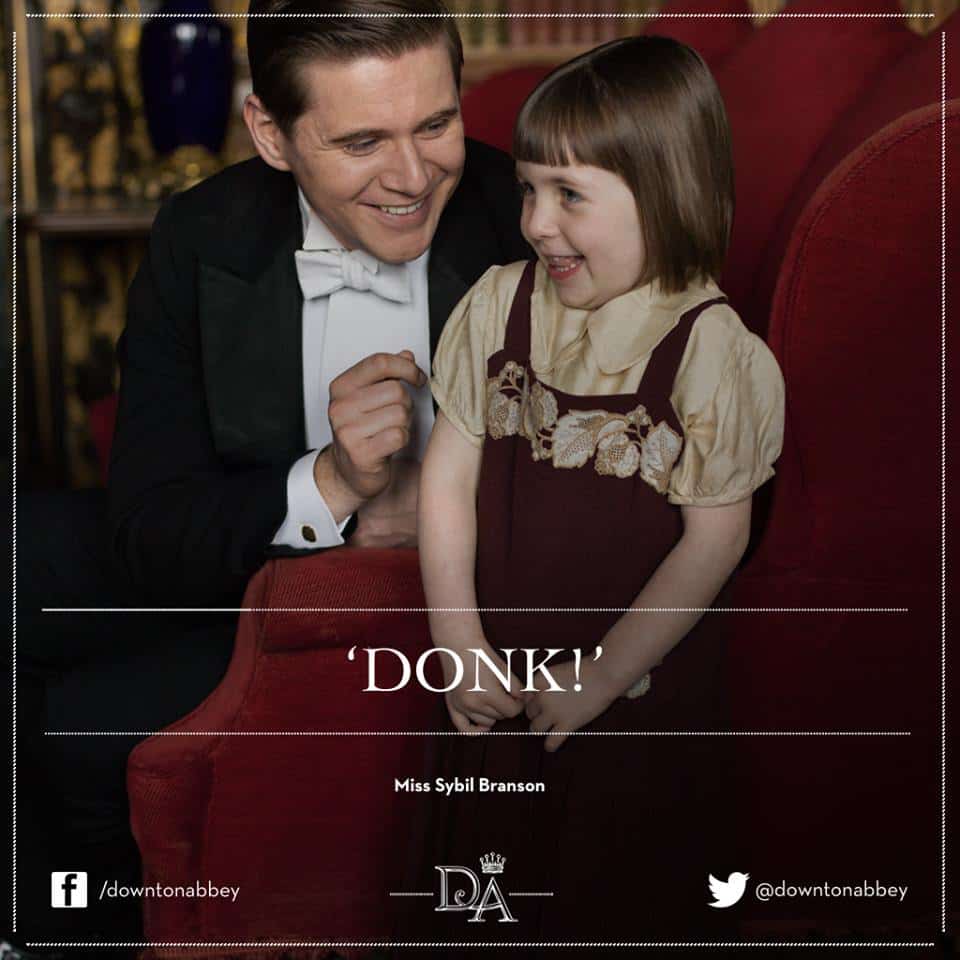 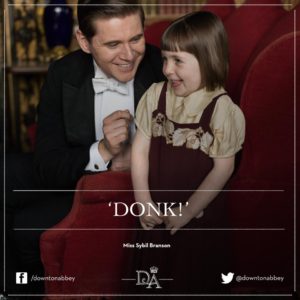 My favorite word of the Season: Donk

Downton Days are here again on PBS. A brand new year with a brand new glorious commercial-free season of Downton, just the way we like it. I was particularly thrilled that the great chefs at PBS didn’t mess with the UK version or feed us extra portions; in past years they would edit the shows and serve E1 and E2 together, which is ever so delicious but makes the season so much shorter. Season 5 promises to be a great season, full of secrets and love in the most unexpected places. Lord D particularly enjoyed the  Manners of Downton Abbey special which followed Episode 1.

Over the past few weeks, many fans approached me for food pairing ideas to celebrate the launch of Season 5.  My Online Guide to Hosting a Downton Abbey Party has plenty of ideas. When pressed for a specific dish for this episode, I suggested a flambé (but not disclosing Edith’s bedroom fire), since any time you set fire to food, it is a special occasion.  I chose Cherries Jubilee for its simplicity, grand effect, and the connection of its creator, Auguste Escoffier, to Downton Abbey. 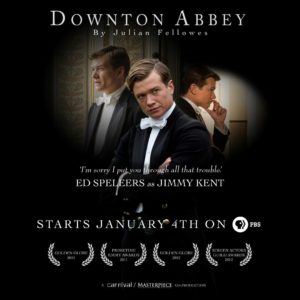 A sad farewell to Jimmy

Season 5 of Downton Abbey has finally arrived in North America, broadcast on PBS, Sunday nights at 9 PM. Some appetizing articles to whet your appetite.

While I love watching Downton on PBS without commercial interruption, I really enjoyed the controversial Amazon Downton commercials on ITV; I am back to my dream of appearing as an extra on the show. I may settle for a tour of Highclere in the new year. Stay tuned.

In any event, here are the highlights from our first look at Downton’s Season 5: 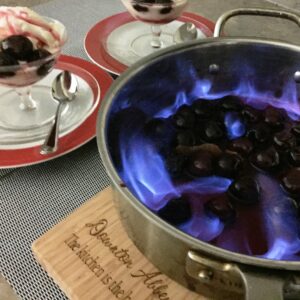 While cooks in Downton’s era may not have had exactly the same type of kitchen gadgets, Victorian cooks did start the craze for creating a tool for each job in the kitchen, so I blame our ancestors for my obsession with collecting these time savers. You can even order this stuff directly from Amazon so you have more time to watch Downton. Cherry Pitters

previous post Your Downton Holiday Traditions and Desserts
next post Downton Abbey S05: As Satisfying as a Good Pudding...or Golden Globe
Back to top
mobile desktop