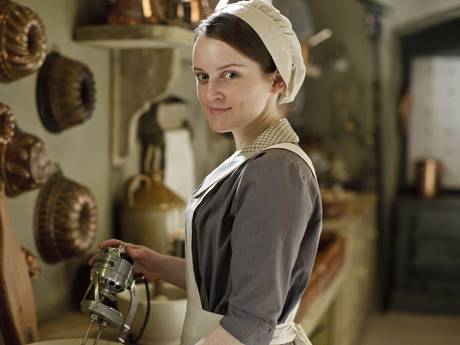 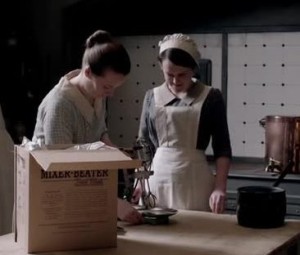 Ivy and Daisy check out a new mixer (ITV)

Whether you adorned your finest attire–sipping claret with fellow aristocrats– or snuggled on the comfy couch with a hot brew and  loved ones, all Downton Abbey fans across the US were glued to their televisions last night to celebrate the return of Downton for its fourth season on PBS.

This week’s Downton dish is Chilled Tomato and Dill Mousse (a favorite of Princess Diana), paying homage to the introduction of an electric mixer at Downton. Embracing change is a good thing: you never know when you will be rewarded with praise from picky Dowagers. 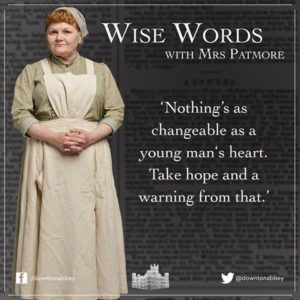 At long last, S4 has arrived.  Each week I share Downton news, but if you haven’t seen all seasons (1-4) beware of spoilers below:

History of The Electric Mixer 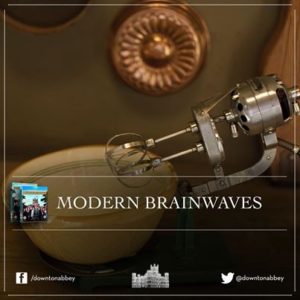 Ivy and Daisy were excited to see an electric mixer come to Downton, a metaphor of how change was embraced by the young and distrusted by others like Mrs. Patmore.  Still, this modern brainwave took its time in coming. The poor toaster must have been thrilled to have a companion!

Invented in 1908, Herbert Johnson,  an engineer for the Hobart Manufacturing Company, was inspired by a baker mixing bread dough with a metal spoon. First adopted in commercial bakeries and for professional bakers, the home version was developed in 1919.  Large and expensive ($2000 in today‘s currency) it took some years to reduce their size and weight.   The company name was later changed to Kitchen Aid after a house wife remarked “I don’t care what you call it. All I know is it’s the best kitchen aid I’ve ever had”.  I still feel like Daisy and Ivy when I take my own Kitchen Aid out for a spin.

Mousse is a lovely airy dish, which can be hot or cold, savoury or sweet.  Mousse actually means “foam”” in French so you can guess where it originated.  It was first seen on fine dining tables around the 1890s as a savoury dish.

Along came Chocolate:  It was the famous French artist Toulouse Lautrec who came up with the great idea of using chocolate in the 1900s.  It was first called  ‘mayonnaise de chocolat’. Seriously.

Anatomy of a Mousse:  The mousse has three parts:

If you haven’t already discovered Chef Darren McGrady’s cookbook it is a great read.  He was the personal chef for Lady Diana. This delicate, subtle tomato mousse was often served at state banquets. It became a favorite of Princess Diana’s.  She loved it served alongside steamed lobster and had Darren create a fat free version which she would enjoy while her guests would be eating the original version which was full of fat. 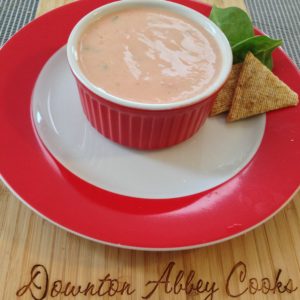 You bought these for others, now stock up on the staples for yourself.   Click on the icons to take you to Amazon to order. 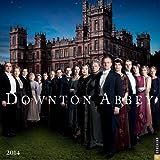