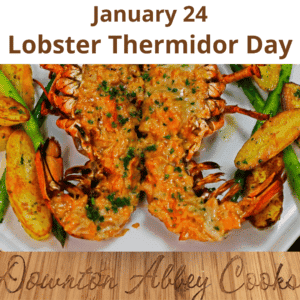 January 24 celebrates the classic french dish Lobster Thermidor.  There are two schools of thought of which chef actually created it.   Many food historians claim it was created in January 1894 at Marie’s, a famous restaurant in the Boulevard Saint-Denis in Paris, on the evening of the premiere of Thermidor, a play by Victorien Sardou.  Other authors attribute it to Leopold Mourier of the Cafe de Paris, where chef Tony Girod, his assistant and successor, created the recipe still used today.

An easy dish to repair it was famously served in First Class on the ill-fated Titanic. 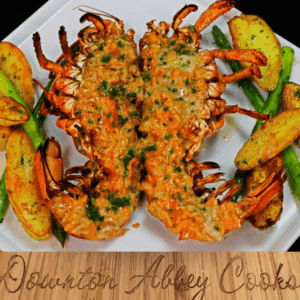 Keyword lobster thermidor
Tried this recipe?Let us know how it was!