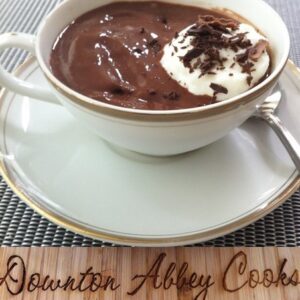 Welcome to my regular tribute to the art of having tea. As Henry James once said:  “There are few hours in life more agreeable than the hour dedicated to the ceremony known as afternoon tea.”

GONE FISHING:  Not unlike Downton Abbey and your other favorite TV shows, you  may be seeing some re-runs over the next few weeks as I get ready for our annual family fishing trip and will offline for awhile. Lord D is great with watering plants and keeping the house while I am away, but prefers to do his own blogging (should he ever decide to grace the world with a blog). 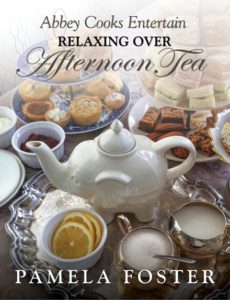 Many of you will be travelling to the UK and will likely have “afternoon tea” on your list. To help avoid disappointment (there is a difference between afternoon and high tea), I have created a handy guide to help you enjoy the experience: the guide includes:

The guide also includes tips and recipes to host your own tea party, perhaps to gather friends to watch your favorite Downton Abbey episode:

You can download it in minutes from my Store

The King of Teas:  Earl Grey

Earl Grey tea was named after Charles Grey, who was British Prime Minister to King William IV.  One story tells that he saved a mandarin’s son from drowning on a trade delegation to China in 1834.  In return, the grateful mandarin provided him with a recipe for a tea blend which Grey  brought back to England.  The recipe was passed along to his own tea merchant for his own private use.  He did have a large family with 10 sons and 6 daughters so I can imagine they would have consumed quite a bit of the tea.

The blend?  Essentially Earl Grey is a black tea, infused with the oil of bergamot. The citrus fruit is not edible, but the blossoms and oils are prized, not only flavoring Earl Grey tea, but in perfumes as well.

The partnership of tea and food dates back to ancient China where tea was often used in savoury dishes.  You may have used it in fish dishes or even tea smoking.  For Afternoon Tea lovers, you don’t have to settle for tea in the cup, it also goes well in baking.  It works particularly well in fruit cakes where you soak dried fruit in the tea.  We made the Cup of Tea Cake using this method with a strong tea blend.

Earl Grey is a more delicate tea that can be used in breads but can also provide a lovely flavour to biscuits, sponge cakes, ice cream and sauces.  You can also put a spot of gin, ice, sugar and lemon in your teacup for nice summer beverage (no one will ever know!).  We have already used Earl Grey to make Earl Grey créme anglaise, and today we will make a delightful and decadent chocolate mousse.

This recipe comes from the great Canadian hotel chain, Four Seasons London Hotel in Park Lane via one of my favorite tea books Tea & Crumpets, which shares recipes from great tea rooms across the UK. You can make the full fat version or see the tips of reducing fat and calories without sacrificing taste. I used a dollop of Greek yoghurt as a garnish in my version.

The partnership of tea and food dates back to ancient China where tea was often used in savoury dishes.  You don't have to settle for tea in the cup, it also goes well in food. Earl Grey is a delicate tea which can be used in breads, but can also provide a lovely flavour to biscuits, sponge cakes, ice cream and sauces.
5 from 1 vote
Print Recipe Pin Recipe
Prep Time 10 mins
Cook Time 20 mins
Total Time 2 hrs 30 mins
Course Afternoon Tea, Dessert
Cuisine Edwardian
Servings 4 servings

*Making it healthier:  You can make this mousse healthier by reducing the fat by eliminating the egg yolks, and cream and using non fat evaporated milk and Greek yogurt.  You can also  the amount of sugar in the recipe or use sugar substitute.
Tried this recipe?Let us know how it was!

Great Tea Books to Own