The interesting history behind potatoes is that they were considered as pig food until the 18th century. It was Antoine-Augustin Parmentier (August 12, 1737 – December 13, 1813) who elevating the lowly potato from the hog trough to the dining table in France and around Europe.  Outside of Ireland potatoes were primarily fed to animals and were actually thought to cause leprosy and other ailments.

There are now many ways to prepare potatoes, but there is nothing that says comfort food like mashed potatoes. 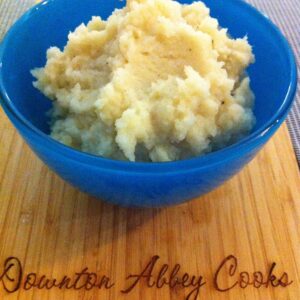