The Boston Cream Pie is a timeless, culinary creation dating back to 1856,  invented by Monsieur Sanzian, a French pastry chef hired in 1855 by the former Parker House (now the Omni Parker House).

Executive chef Joseph Ribas, who has been with the hotel for 27 years, says Sanzian invented it “because he was topping an English cream cake with chocolate. He started to play around with the recipe, put almonds around the outside, and the guests loved it.

Despite the name, it’s not a pie at all. Filled with a rich and velvety pastry cream, what truly makes this two-layer golden cake so special is the rich chocolate icing.

Back in the 1800s, chocolate was mainly consumed at home as a beverage or in puddings. With this inventive use of chocolate, the dessert was originally named “Chocolate Cream Pie.” Over time, the name changed.

An alternative to making your own, you can always plan a trip to the Omni Parker House where you can order a mini version of your own to enjoy. 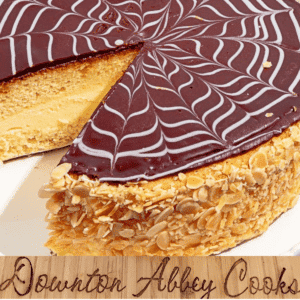 For the Pastry Cream

Keyword Afternoon Tea, Boston Cream Pie
Tried this recipe?Let us know how it was!