Sausage and Peppers is a simple Italian-American comfort food, often served at street festivals, as early as 1927.

In its purest form, it contains Italian sausage and bell peppers. You will see it served in long rolls as a sandwich.  You can also add onions and tomato sauce to serve with pasta, but on its own is a filling keto dish. 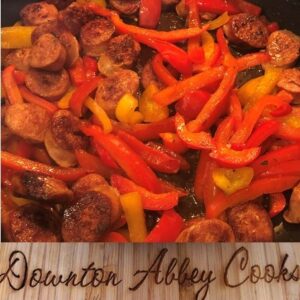 Keyword sausage and peppers
Tried this recipe?Let us know how it was!