Simnel Cake is Traditionally Served at Easter and Mothering Sunday 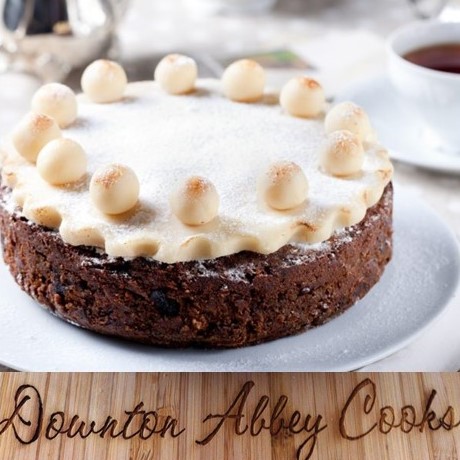 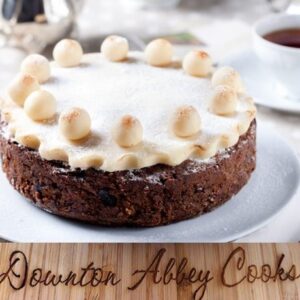 Spring has officially arrived, a time of birth, renewal and Easter.  A moveable feast, Easter occurs the First Sunday after the Full Moon following the Vernal Equinox in the Northern Hemisphere.  Just check a calendar, it’s much easier.

Marking the end of Lent, Holy Week leads to Good Friday which commemorates the crucifixion and death of Jesus Christ who died for our sins on the cross.  This weekend, on Easter Sunday, we celebrate his resurrection.  Easter is also linked to the Jewish Passover by symbolism and where it falls on the calendar.  Easter customs vary across the Christian world, but decorating Easter eggs is a common motif.

In the Western world, Easter takes on secular customs, such as egg hunts and the Easter bunny.  The English tradition of wearing new clothes at Easter would have been gleefully followed by the women of Downton Abbey, although I am not so sure about the Dowager.  The Easter Bonnet, made famous by Judy Garland in Irving Berlin’s Easter Parade is the last of this tradition, which was to keep in harmony with the renewal of the year and the promise of spiritual renewal and redemption.

Featured in Everything Zoomer

There are many traditional dishes that were enjoyed as favourites in the Downton era and still continue on today.  A few Easter recipes from my cookbook were featured in Everything Zoomer Magazine, including hot cross buns, roast lamb and simnel cake which we also include below. We have also made easy-baked ham and ham soup to do justice to your leftover ham bone.

My Chat with Cooking’s Most Famous Bow Tie

Tuesday was a big day.  I was interviewed by none other than Christopher Kimball, the face of America’s Test Kitchen. 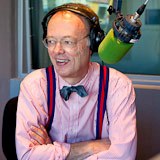 It was bizarre having that familiar voice asking me questions, and boy does he ask a lot of questions.  We talked about a range of Downton era topics, and he freely admitted that this was his favourite time in food history.  We talked about the expanse of the Edwardian menu, how we would all love to live in that house, cooking on a coal stove (I compared it to cooking on an AGA). While I asserted that the apple charlotte was far easier to cook than the famous raspberry meringue, he admitted he had a challenge making an apple charlotte.  We talked about the Edwardian’s love for rhubarb and jello; he was pretty sure that the test kitchen had not tested jello shots, the modern version of the Edwardian’s wine jelly, a palette cleanser. 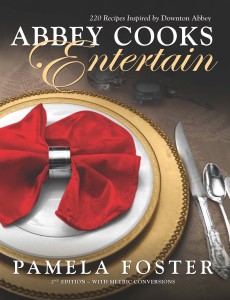 Some Downton fans do needlepoint, others cook in the off-season. With 220 and 432 page book of Downton era recipes, you will want to get this book for recipes for the famous Downton dishes. Book sales help offset my costs in food, equipment and time to keep bringing you new dishes.

You can only get a signed copy here on my site.  If you don’t have an eReader I would suggest the PDF version which can be printed, if you like.

The cost of printing of the full-page photos in this book is substantial, but if you would like a printed version, you can order from Amazon.

Simnel cakes originated in the medieval era. It is a light fruitcake, covered in marzipan, then toasted. Eating of the cake signifies the end of Lent so it is rich in butter, eggs and milk which were restricted during Lent. Marzipan or almond paste is baked into the middle and topped with eleven marzipan balls representing the true disciples of Jesus (omitting Judas). In some variations, Christ is also represented by the placement of a ball in the centre.

The cake is also served as Mothering Cake. While Mother’s Day is celebrated in early May in North America, families across the British Isles celebrate on the 4th Sunday of Lent. Mothering Sunday was commemorated in England in the 1600s, a day for all — including servants — to spend a day with their mothers.

Tried this recipe?Let us know how it was!
previous post Downton Dishes For Worker's High Tea Include Hearty Ham & Potato Soup
next post Dreaming of Downton Garden Parties Served with Garden Cake
Back to top
mobile desktop