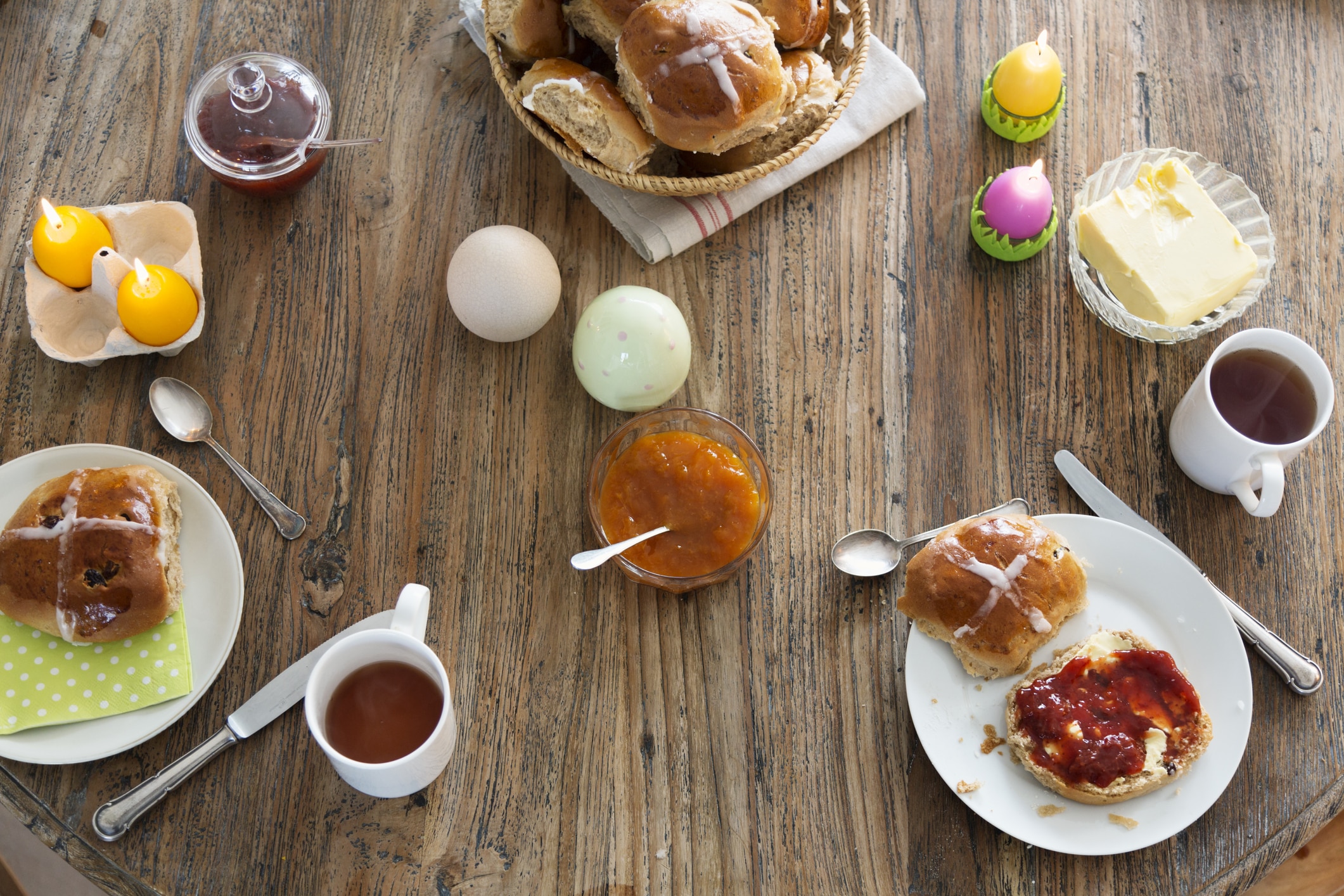 Hot cross buns have come a long way since its humble beginning. Many cultures such as the Egyptians, Greeks and Romans used to make sweet and spiced breads during the onset of spring to celebrate the end of winter and the start of a new season. However, it is said that the Anglo-Saxons were the ones to create cross buns as an offering to their goddess Eostre (the term ‘Easter’ is believed to be originated from ‘Eostre’) so that the year would be bestowed with fertility. The cross was made to indicate the four phases of the moon and also the four seasons in the year. The Egyptians and Greeks also marked the buns with the symbol of ox horns, which over the course of time transformed into a cross. Many regions across Europe too started making cross buns. In Sue Ellen Thompson’s book called Holiday Symbols and Customs, it is mentioned, “When archaeologists excavated the ancient city of Herculaneum in southwestern Italy, which had been buried under volcanic ash and lava since 79 C.E., they found two small loaves, each with a cross on it, among the ruins.”

According to some, the festival of spring and fertility was also celebrated by the ancient Jews and it was called Pascha, the Hebrew word for Passover. Much later it came to be known as Easter, from the pagans. With the rise of Christianity, many pagan customs and practices were reinterpreted to give them a new meaning, such as the cross on the buns began to symbolize the crucifixion of Christ, and the old association of fertility and rebirth became a part of the Christian’s Easter celebrations as the rebirth of Christ.

According to another theory, the origin of hot cross buns dates back to the 12th century, when an Anglican monk named Father Thomas Rocliffe made small spiced cakes stamped with the cross to honour the ‘day of the cross’. from http://food.ndtv.com

COVID quarantine will likely limit your ability to find hot cross buns in stores, but if you have flour and yeast at home, this may be the year to make your own. 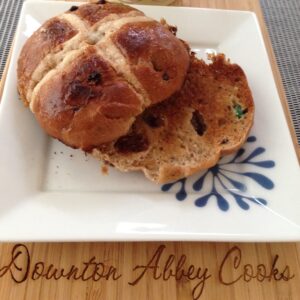