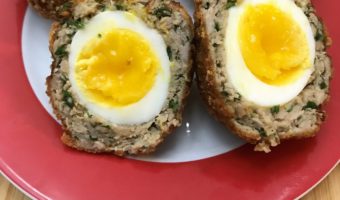 Scotch eggs (aka Scots eggs) first surfaced in early 19th century British Isles. Even though the ingredients suggest it should be eaten as a breakfast food, it is most often served as cold snack in pugs or at picnics. Its origin is unclear although it could possible be a … END_OF_DOCUMENT_TOKEN_TO_BE_REPLACED