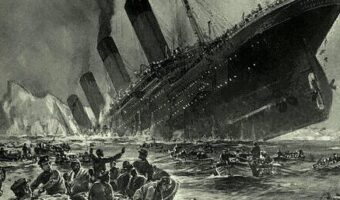 The anniversary of the ill-fated voyage of Titanic is celebrated each April 14th. At 2:20 am. on April 15, 1912, the British ocean liner sank about 400 miles south of Newfoundland, Canada. The massive ship, which carried 2,200 passengers and crew, had struck an iceberg two and a … END_OF_DOCUMENT_TOKEN_TO_BE_REPLACED