Credit for the Charlotte Russe is given to French Chef Marie Antoine Careme (1784-1833), who named it in honor of his Russian employer, Czar Alexander I. The word “russe” means Russian in French. Charlotte is the Czar’s sister in law, Queen Charlotte, married to George III. Typically you name your Charlotte after the flavoring you include. 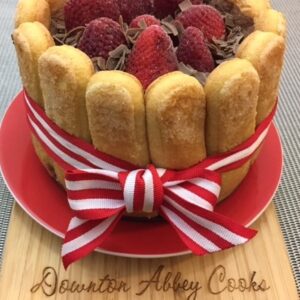 How to make your own ladyfingers
Tried this recipe?Let us know how it was!