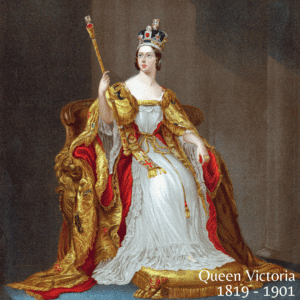 Traditionally this is the weekend that most Canadians and Scots look forward to: Victoria Day, celebrating the birthday of Queen Victoria.  She was born on  May 24, 1819. She reigned for 63 years.  May 24th marks her official birthday, but the holiday falls on the last Monday before May 25.

While still proud of our English heritage, this holiday takes on a special meaning marking the changing of the seasons.  The fear of frost has almost passed so many will be planting their gardens–which is what I will be doing, an enjoyable and stress releasing activity in 2021 as most of us are still confined to our local communities during COVID-19.  In Canada, it is also known as the May Two-Four, the Canadian slang for a case of twenty-four beers (a “two-four”), a drink popular during the long weekend.

Celebrated in Canada since 1845

Queen Victoria was the first sovereign queen in Canada. Victoria Day was declared a Canadian holiday by the federal government in 1845. When Queen Victoria died in 1901, Canada’s parliament officially named the holiday Victoria Day. At that time, it was celebrated with picnics, parades, sporting tournaments, fireworks and cannon salutes.

This year there will no fireworks allowed but we can still raise a toast in her honour and enjoy the weekend with our family outside.

In classic English tradition, you can expect that anglophiles will be tucking into celebratory Afternoon Tea dishes.

Otherwise, you can expect picnic and BBQ foods to dominate food choices this day.

I can’t think of a more appropriate dish to make this holiday than the Victoria Sandwich. The unfrosted cake was served at tea in Queen Victoria’s court, and quickly became a favourite of the Queen, and named after her. 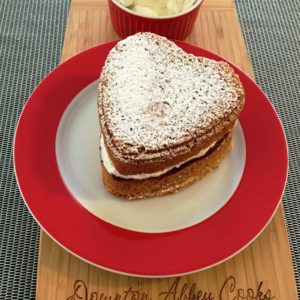 Victoria Sandwich or sponge is a staple of English baking.  You will often see this cake sitting on a table nearby in period films during tea time. Use a heart shaped tins and you have made a lovely romantic dessert.
5 from 3 votes
Print Recipe Pin Recipe
Prep Time 10 mins
Cook Time 25 mins
Total Time 35 mins
Course Afternoon Tea, Dessert
Cuisine English
Servings 8 people