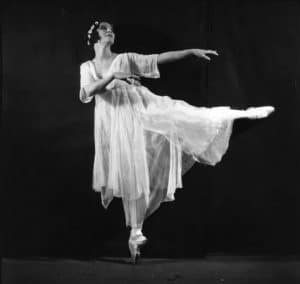 If you follow food history or are from Australia or New Zealand, you are likely aware of the ongoing battle between the two countries as to who invented the Pavolva, the famous dessert named after Anna Pavlova, a famous Russian ballerina. The answer seemed to be that it first surfaced in 1929 in New Zealand, according to The Pavlova Story: A Slice of New Zealand’s Culinary History

If that was the case then how would Mrs. Patmore know of its existence and mention it in the Downton Abbey Movie? The movie takes place in 1927.

Dr Andrew Paul Wood, a New Zealander, and Australian Annabelle Utrecht have been tracing the origins of the dish for a number of years.  They can “categorically state” the modern pavlova began life as a German torte, eventually travelling to the US where it evolved into its final form. So it is neither Australian or New Zealand.

“The first recipe for a pavlova dessert is not the 1926 Davis Gelatine jelly. It is the 1911 Strawberries Pavlova recipe and this dessert is a dish on the move.” So Mrs. Patmore could very well have known about the dessert.

Check out their website:  Pavlova – A cake and its secret history.

Their book will be coming out soon. 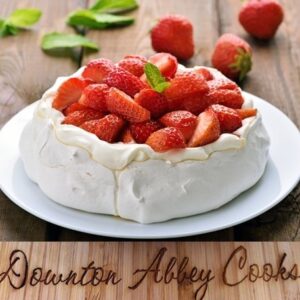 This simple yet glamorous dessert is named after the famous Russian Ballerina Anna Pavlova.  The base of the dessert is meringue, fashioned to look like a tutu, crisp on the outside, soft and marshmellowy on the inside.
5 from 1 vote
Print Recipe Pin Recipe
Prep Time 15 mins
Cook Time 1 hr
Total Time 4 hrs 15 mins
Course Dessert
Cuisine American, Vegetarian, Victorian
Servings 6 servings