Queen Elizabeth II celebrates her official birthday on April 21st, and while her birthday plans may be private, we do know is that her favourite chocolate birthday cake will be on the afternoon tea menu.

Just like most of us, the Royals have a family birthday cake recipe. This one dates back to Queen Victoria and written by her chef Gabriel Tschumi. The recipe favoured by Queen Mary was a plain sponge, but former Royal Chef Darren McGrady refined it or Queen Elizabeth II who loves chocolate. 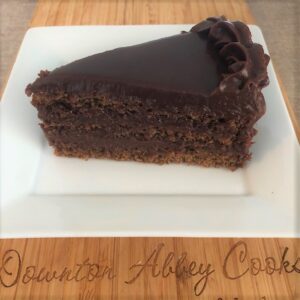