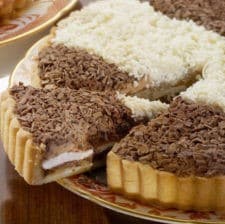 Darren McGrady was royal chef to Queen Elizabeth II, and to Princess Diana until her untimely death.  The Queen loves chocolate and especially loved this chocolate flan. You will too!