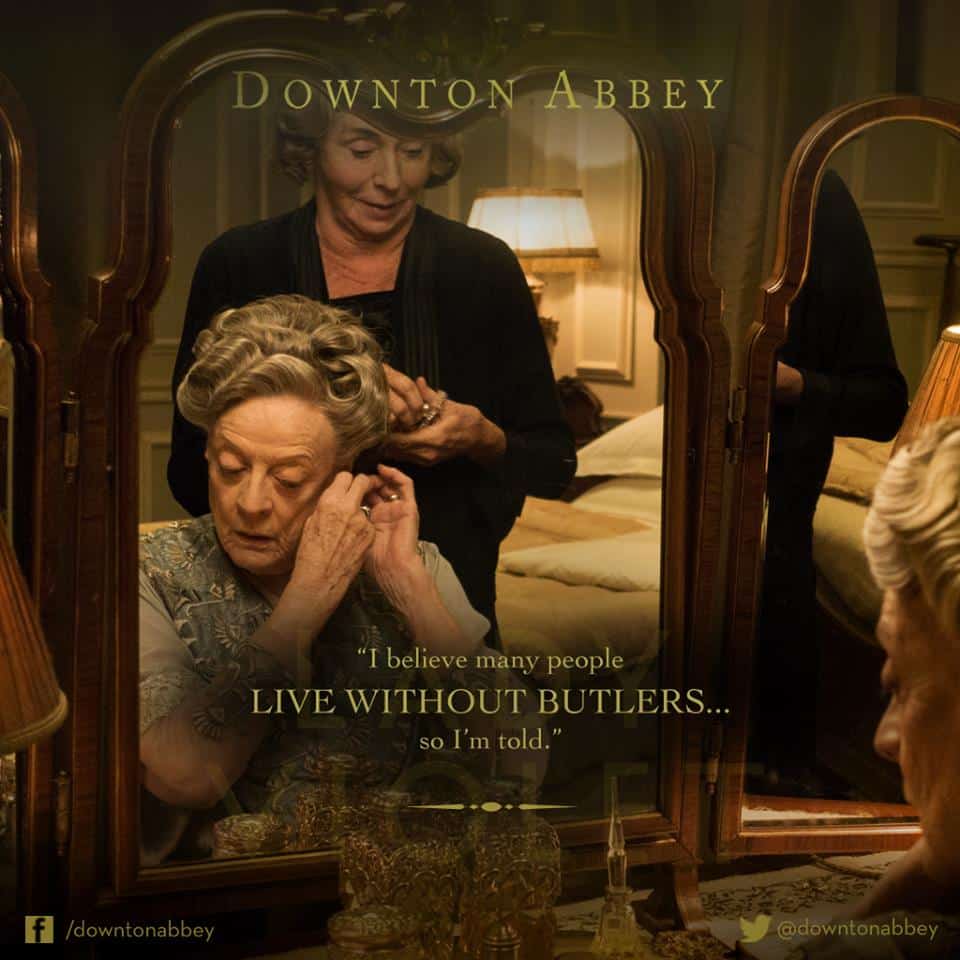 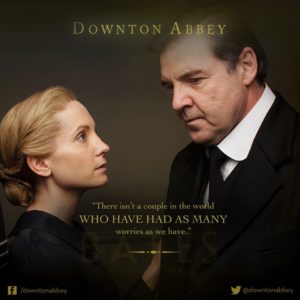 A burning question for S06: Will Anna and Bates  ever find happiness?

Each new year promises a fresh start, and yet this year is bittersweet for Downton Abbey fans; this is the sixth and final season for our beloved show. We were all excited that Season 06E1 finally debuted on PBS last night, and yet we know that we only have eight more precious episodes to watch before we have to say goodbye to the Crawley family and their servants.

We must be resolved to gracefully let these beloved characters live out their lives without us watching. It is going to be tough, but the UK fans who have already seen the final episode seem to be holding up so far, but then again American audiences are far more passionate about Downton Abbey. Who knows if a movie will ever be made (their a rumours of discussions), but we shall be comforted that we can watch it all again from the beginning.  Just like our favorite meal, we can enjoy just much as the first time we experienced it.

In keeping with tradition, I will continue to share one recipe mentioned on camera from each episode as my love letter to the Downton kitchen staff and to those fans who love the food on the show. Today‘s recipe is Coconut Ice, an easy to make sweet which you can proudly serve at your next Afternoon Tea, or share with loved ones while watching Downton. 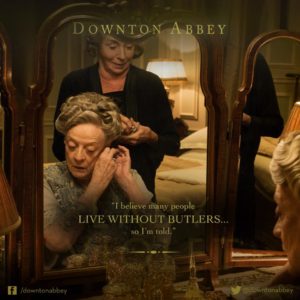 Times are tough for the aristocracy

While this is the last season there are still juicy tidbits to share:

What Happened in Season 6, Episode 1 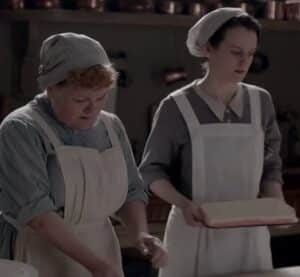 A quick recap of what went on down and upstairs this past week: 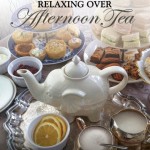 Host a Downton tea as your next fundraiser

Afternoon Tea: what a lovely way to host fellow Downton fans as you discuss the latest episode, and ponder what Downton will deliver next. The book contains 60+ recipes for tea treats, the three S’s: scones, sandwiches/savouries and sweets. 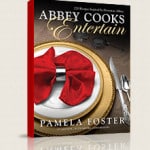 2nd Edition is available in ebook and print format

Whether you are hosting 2 or 200, this book has lots of ideas. Containing 220+ traditional Downton era recipes with a modern twist, this is a great book to create some simple or complex dishes for your Mary or Anna.

This 448 page ebook has been updated to include both metric and imperial measurements and now includes famous Downton dishes throughout the series.  Book sales help offset my costs in food, equipment and time to provide you new recipes on a regular basis.

This ebook is now available for download on my site and on Amazon:  Abbey Cooks Entertain: 220 recipes inspired by Downton Abbey

Print Version is here.  The good news is that the 2nd Edition is available on Amazon. The full book is 450 pages and will contain famous Downton recipes throughout the series. 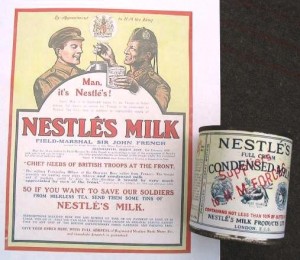 WWI Slogan: save our soldiers from milkless tea

Finding a way to store milk for long periods without refrigeration was the need which condensed milk resolved.

Initially produced in France in the 1820s, American Gail Borden more famously took up the challenge in the 1850s. After witnessing several childhood deaths due to improper milk storage on a voyage back from England, he persevered over a number of years to produce a usable milk derivative that was long-lasting and needed no refrigeration. Because of its long shelf life it was highly valued in times of war. WWI housewives were encouraged to buy and send cans of condensed milk to the soldiers at the front. 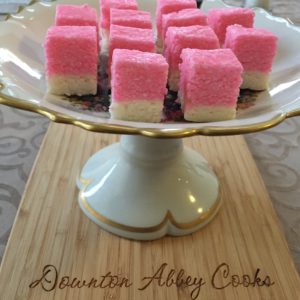 Marvelous additions to your Downton Collection.

previous post From Jessica Fellowes to Afternoon Tea, Downton Abbey is All Around Us
next post Things are Heating Up at Downton in S06E2, Perhaps it is the Horseradish
Back to top
mobile desktop