You may recognize the mask, but likely have no inkling of the origins behind Guy Fawkes also known as Bonfire Night.

This day is celebrated across the United Kingdom marking the failed attempt of Guy Fawkes to blow up the English Parliament on November 5, 1605.

Bonfires were set alight on that night when the plot was revealed, celebrating the safety of King James I and the tradition have continued. For four hundred years, the anniversary is commemorated by fireworks and burning effigies of Guy Fawkes on huge bonfires, and of course lots of warming foods and drinks.

Last year was more subdued to the COVID lockdown restrictions, but this year will likely bring more communal gatherings, as indicated in the press.

Guy Fawkes was part of a group of 13 Catholic conspirators who plotted against James I, who was less tolerant towards the Catholic religion than his predecessors.

The plan was to blow up the House of Lords, killing the King.  Barrels filled with gunpowder were stored in a cellar just under the House of Lords.  When it became apparent that innocent people might be killed, an anonymous letter sent to Lord Monteagle warning him to stay away from Parliament on November 5th reached the King.

Guy Fawkes, who was in the cellar of the parliament with 36 barrels of gunpowder when the authorities stormed it in the early hours of November 5th, was caught, tortured and executed.

The Gunpowder Plot had a profound effect.  Since then reigning monarchs only enter Parliament once a year for the State Opening of Parliament. According to custom, the Yeomen of the Guard search the cellars of the Palace of Westminster prior to the opening.

“Remember, remember the 5th of November, Gunpowder, Treason & Plot. I see no reason why gunpowder, treason should ever be forgot.” Traditional British Rhyme

With every celebration comes traditional foods and drinks.  Popular foods for this outdoor event include toffee apples, bonfire toffee and potatoes baked in the ashes of the fire. There are often warm soups on hand as well as hot chocolate for the kids, hot toddy for the adults. 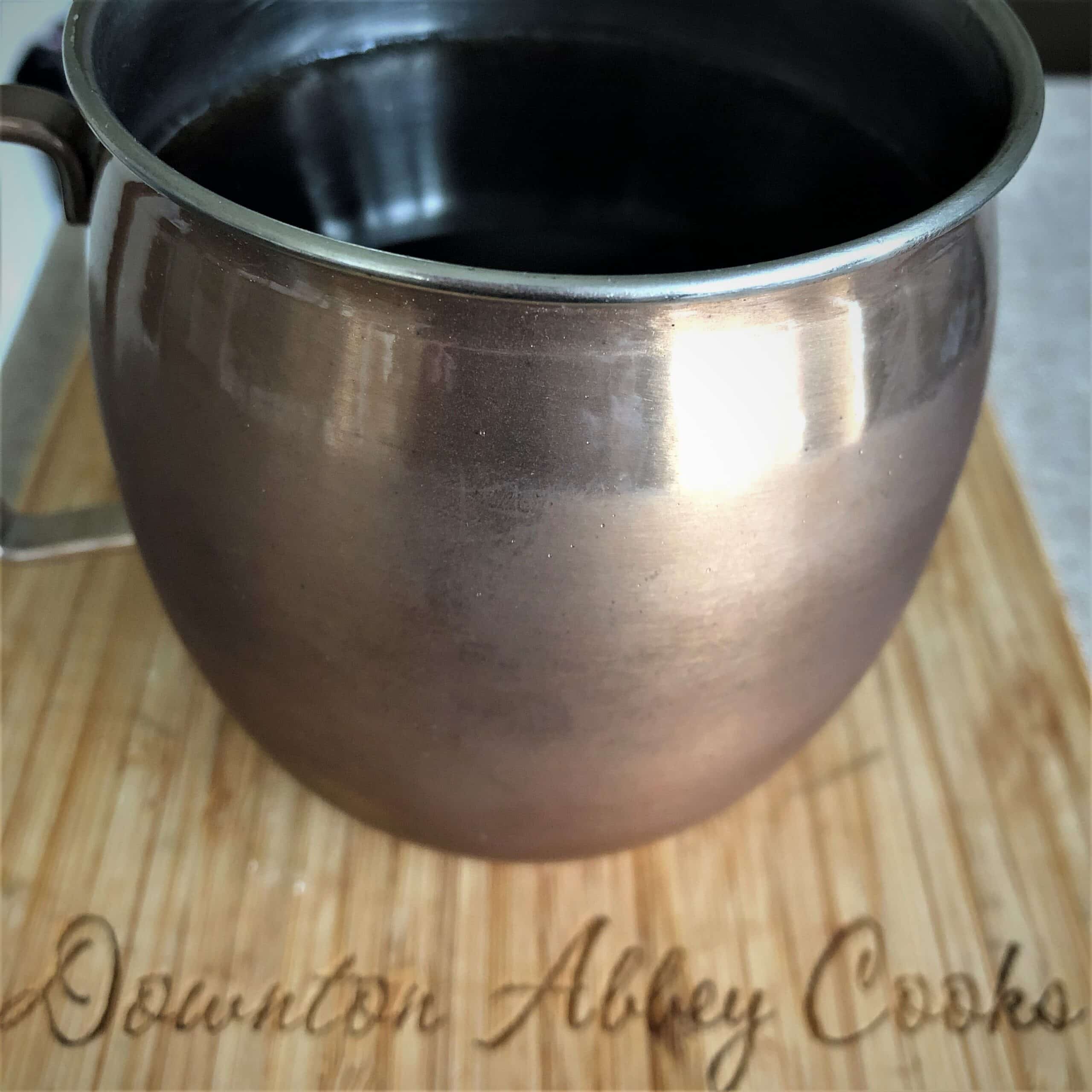 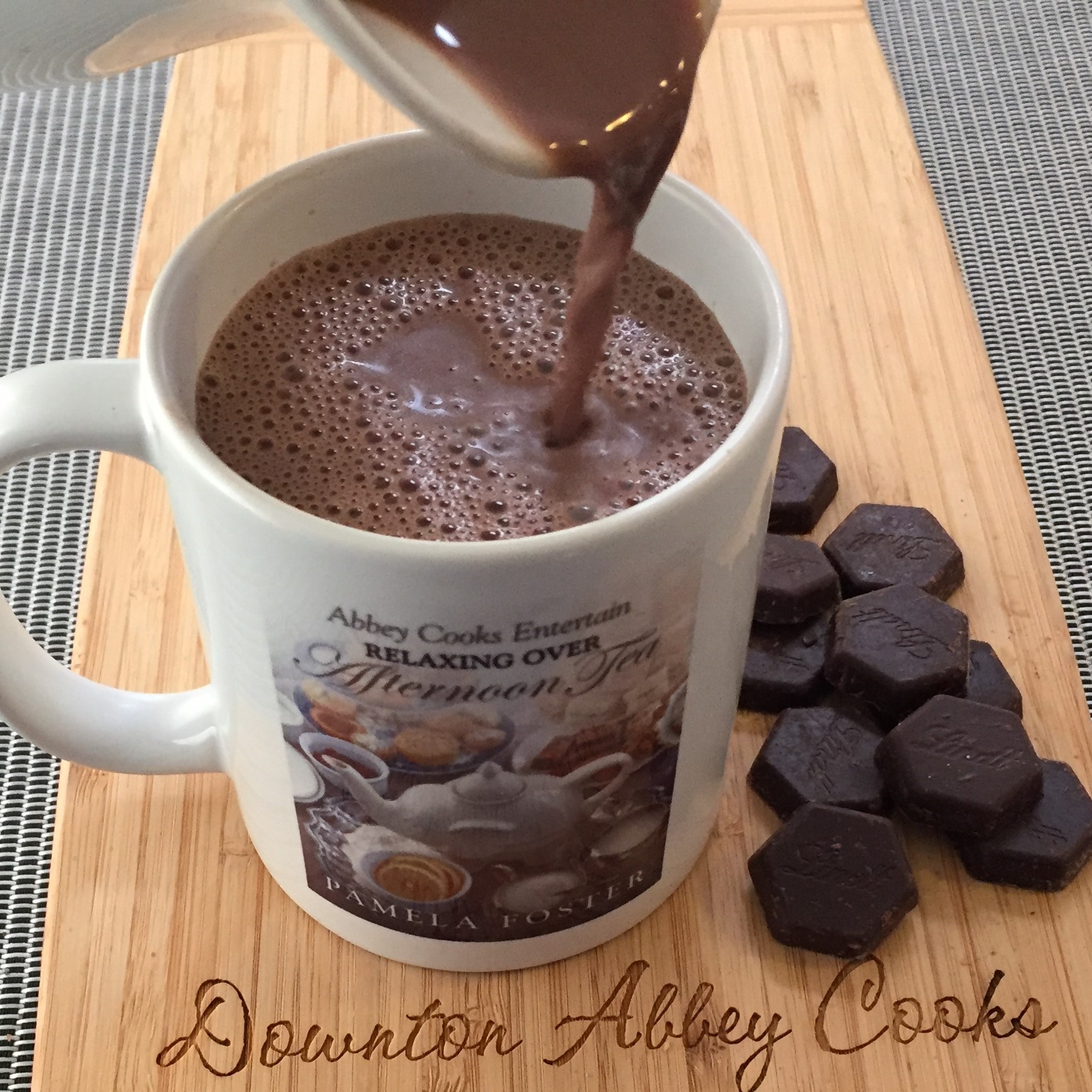 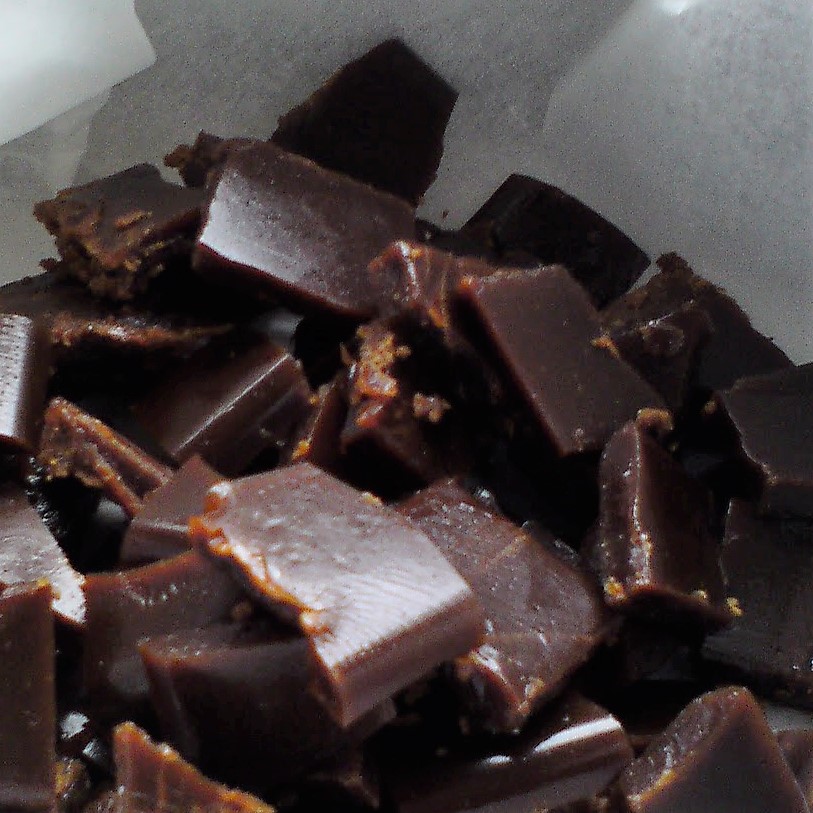 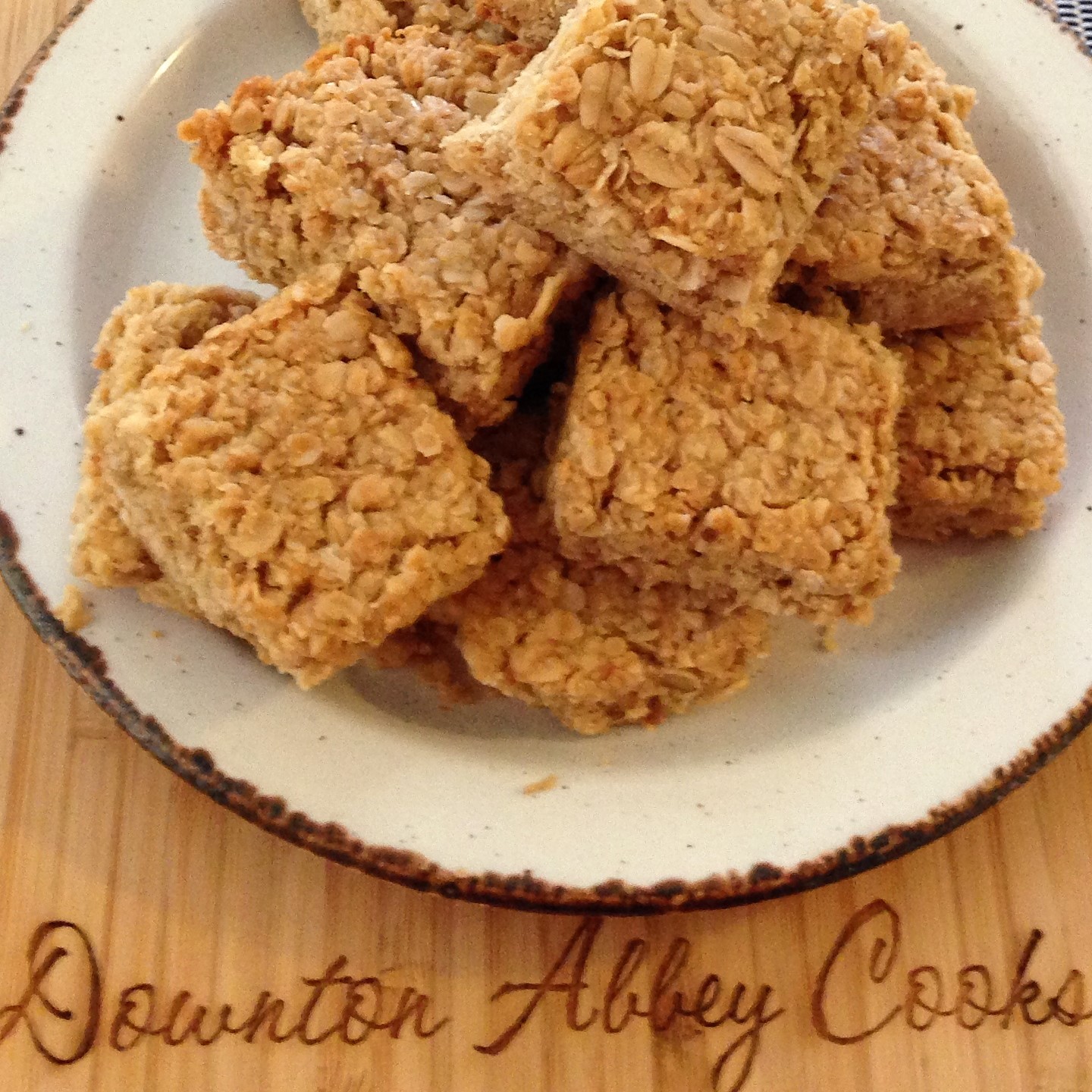 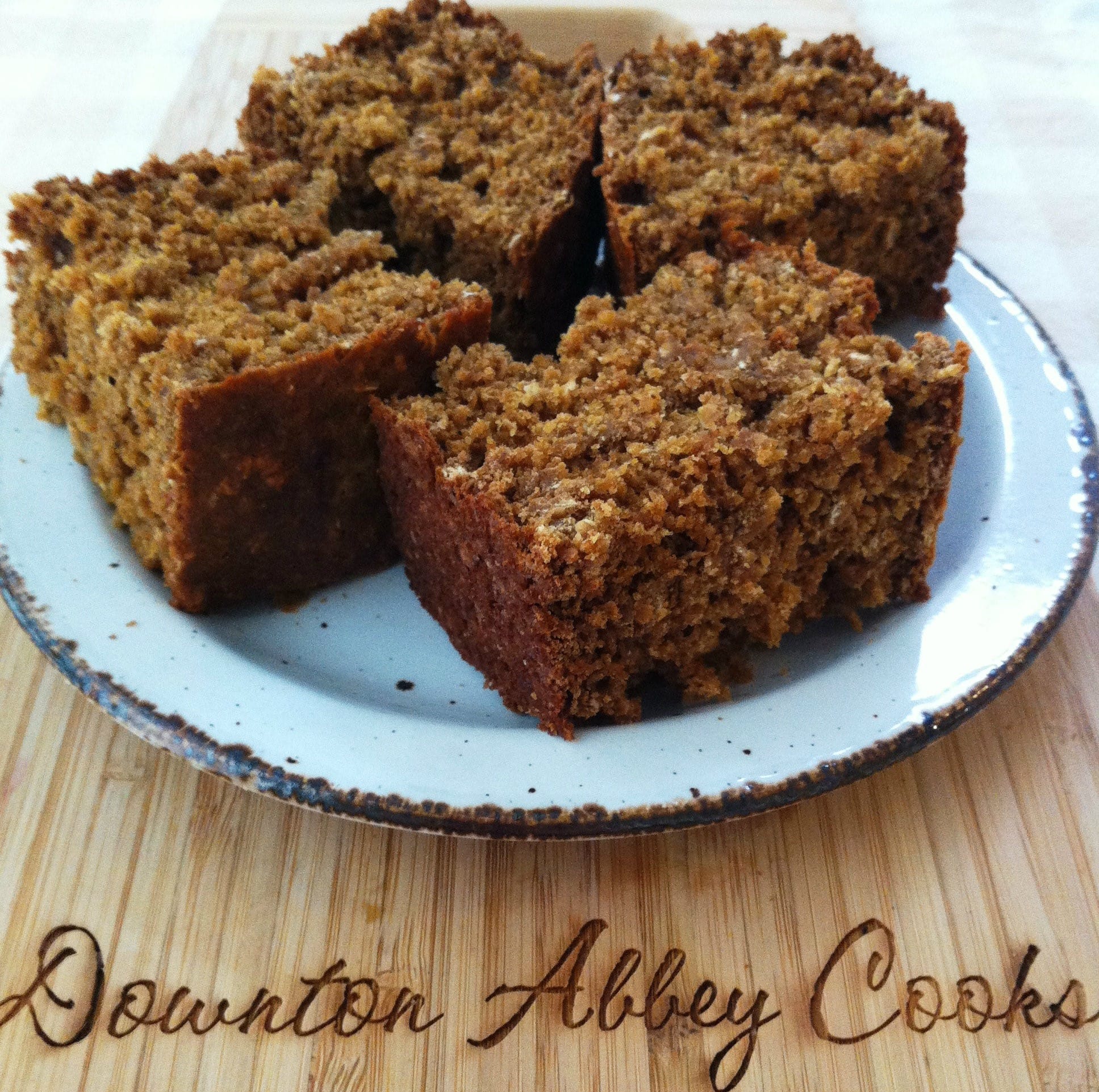 The Amazing Flavours of Yorkshire Parkin

This wine-based hot punch is a great way to stay warm by the open fire.

For the kids and those who don’t drink alcohol, this is a great recipe dating back to the Victorian era. This recipe uses milk and freshly grated chocolate (from a premium dark chocolate bar) to give a luxurious silky texture.

First created in the late 17th century, Bonfire toffee, or claggan to the Scots, is a sweet hard brittle toffee treat. The taste is similar to butterscotch. It has connections with both Halloween and Bonfire Night. Because of the relatively high cost of black treacle, it is not generally commercially produced, leaving home cooks to provide for families and friends.

The British Flapjack is different from the thick pancakes we know in North America. It is amazing comfort food dating back to the 1700s. Lots of flapjack recipes have been handed down from mother to daughter and ongoing debate about whether they should be crunchy or chewy. Some cooks add a pinch of flour to help bind, others reduce the syrup but use chopped dates to bind and provide the sweetness.  It always comes down to how your mom made them at home.    You can add nuts and dried fruits to make it more nutritious.

Parkin holds court as a traditional favourite. Guy was from Yorkshire, hence the name.  It is a moist sticky cake similar to gingerbread.  It contains whole wheat flour and rolled oats so does have some health benefits. I cut the fat in my version, but you can’t escape the sugar in the treacle and golden syrup which gives it the distinctive flavour and texture.