Welcome to my virtual tea party, my  tribute to the art of having tea. As Henry James once said:  “There are few hours in life more agreeable than the hour dedicated to the ceremony known as afternoon tea.”

The British may have failed miserably in other culinary areas, but they excel in the tea ritual. I regularly dish on Downton Abbey, the Royal Family, UK tourism and other topical tea issues one might discuss at tea, served up with a tea treat recipe with a history.

The tea treat to share are Stilton and Fig Tarts, a recipe from Fortnum & Mason’s Tea Book.

After weeks of no news gossip front, some great news this week: 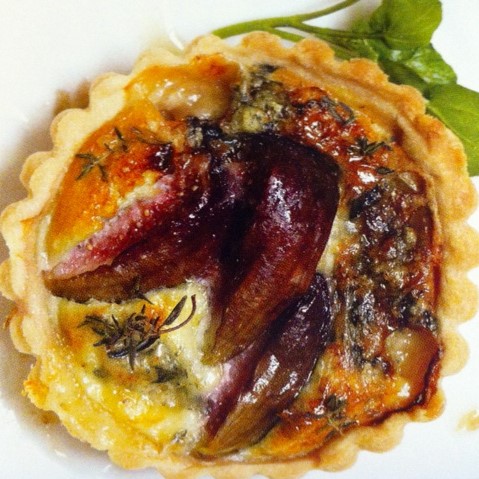